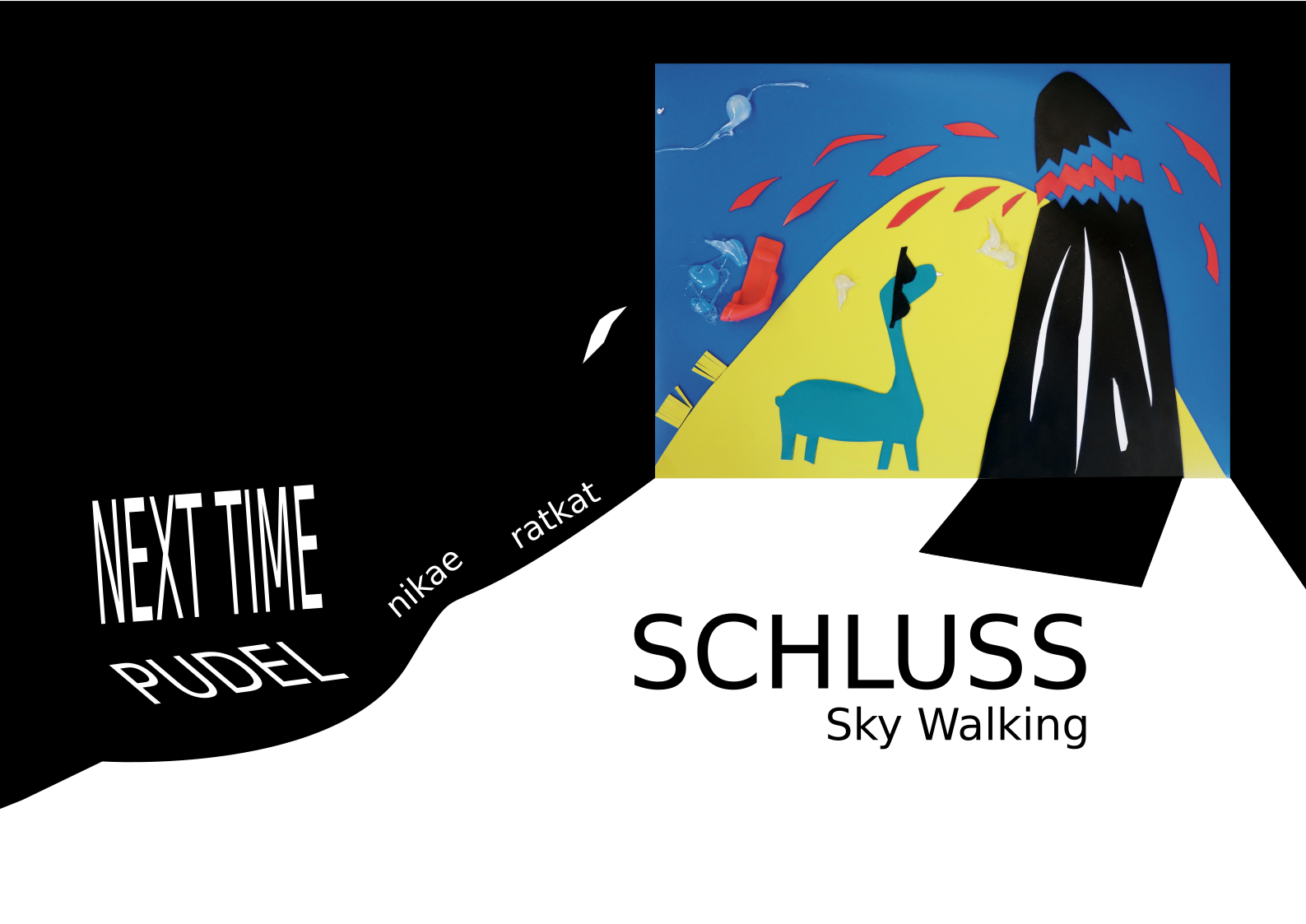 From the circles of Hamburg’s Golden Pudel Club the duo Schluss presents their debut album “28” on Sky Walking. Éric Falconnier and Joachim Schütz join another adventure into Spontaneous Music- free and intense, demanding and magical.
A life dedicated to Noise, Experimental Music and Free Jazz, Éric Falconnier played in several formations such as Gebrochene Beine who appeared with the most notable piece on the previous Sky Walking compilation. Joachim Schütz is known for his collaborations with Ellen Fullman, Konrad Sprenger, Arnold Dreyblatt and Samara Lubelsky to only name a few. Schütz is also part of the Metabolismus collective.
With their dynamic, fragile and highly surprising Live sets and recordings, Schluss are on the path to decline expectations and burst conventions.