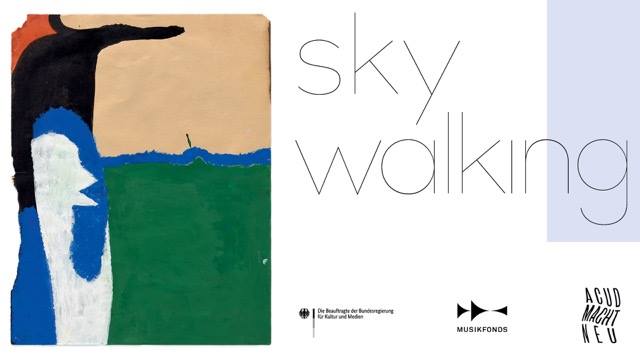 For the first edition of SKY WALKING LABORATORY at ACUD MACHT NEU we are overjoyed to present an incredible evening of concerts:
After their amazing Tony Conrad tribute show at Kampnagel Hamburg earlier this year, PNIN aka Nika Son, Phillip Sollmann and Joachim Schütz, will play an intro drone concert featuring the hurdy gurdy, a guitar and synths to be followed by the exceptional NIKA SON (Next Time, Golden Pudel Club). KONRAD SPRENGER, who just released his album “Stack Music“ on PAN, will present his midified robotic guitar on a six-channel loudspeaker system. MO CHAN aka Aiko Okamoto will accompany the shows with a selection of Japanese Extravaganza and Queer Electronics.