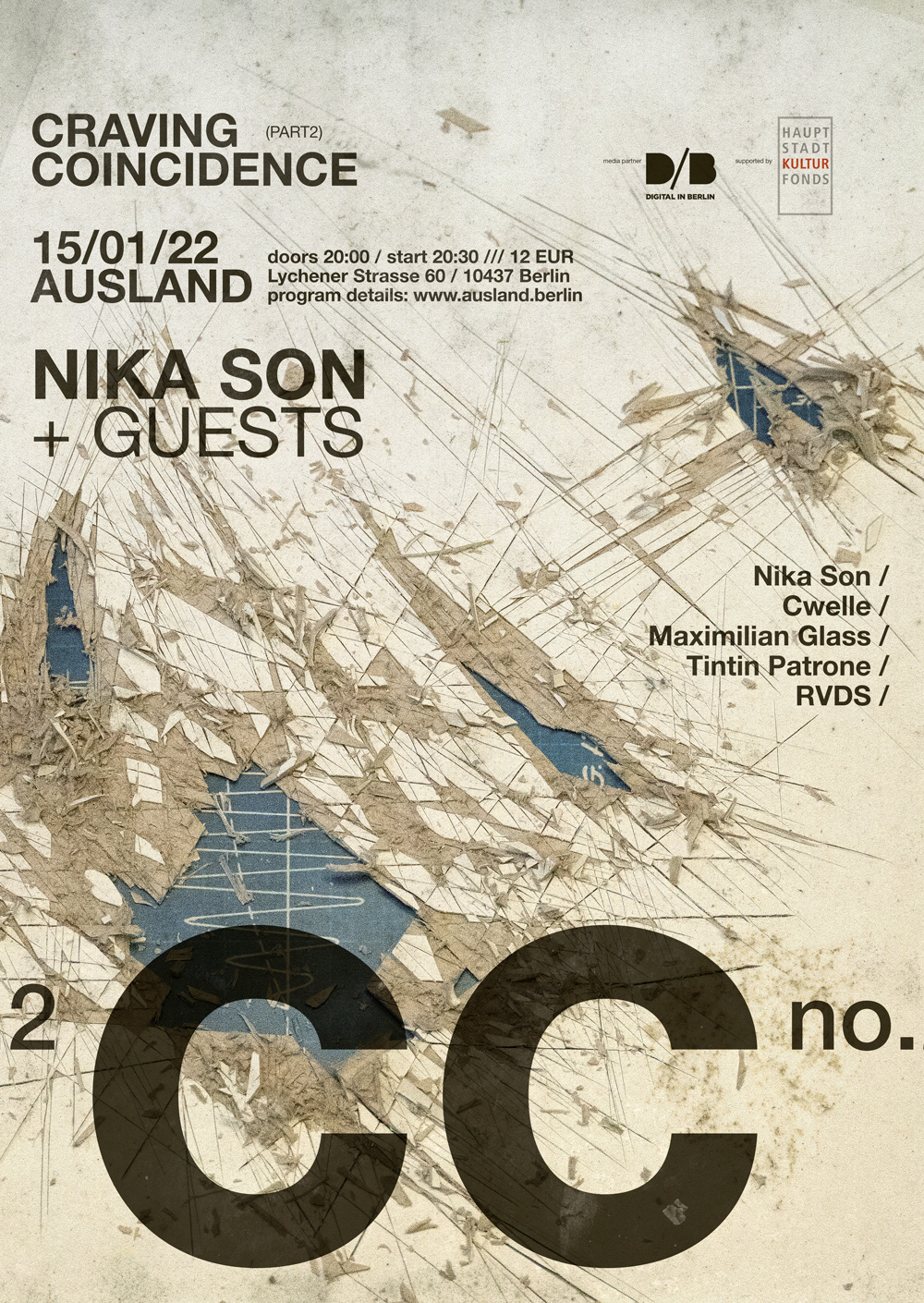 A night of solo sets & collaborations with

For the series „CC No. 2 – Craving Coincidence“, ausland invited six musicians to curate one long night each, in between concert evening, salon and club night.
The start of „CC No.2“ was disrupted by the first wave of the pandemic in spring 2020, which unfortunately also affected Nika Son’s CC2-edition under the title „Underwater“, which was already announced for April 2020 and would have featured a larger line-up including many international artists for a programme between film, live-concerts and sound art.
Other than we hoped, the pandemic has everything but eased in the winter of 2021/22. Thus, Nika and ausland decided for a reconception, presenting tonight’s format as a dense and compact concert night of solo sets and possible surprise collaborations involving electronic musicians who’re based in Berlin or close nearby.