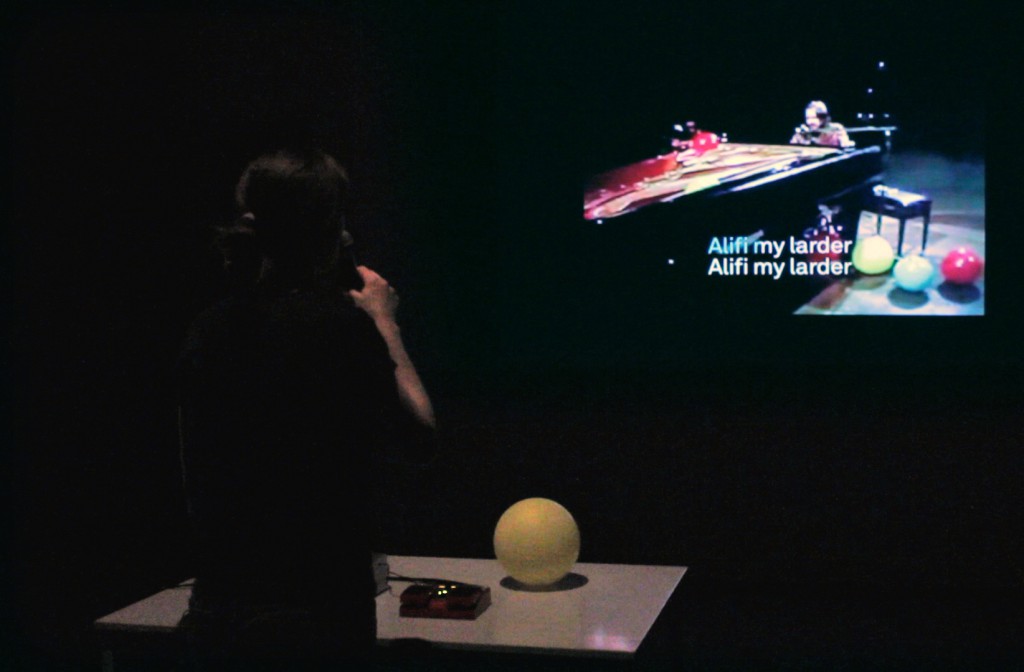 A karaoke performance piece based on a YouTube video of a live performance of the musician Robert Wyatt playing the song Alifib (Paris, 1975).

It is one part of a three-part work, which also includes a multiple (KARAOKE – To W(y)att) and a monitor video work (No You).

The works deal with the indistinct boundaries between self-representation and appropriation, imitation and the original, repetition and singularity, between attempt and failure. A tragi-comic study of contradictions within the self and in the given system.

… I’ve come to see this form of entertainment as a bizzare, but extremely interesting cultural phenomenon. The karaoke performer is one of us, hiding as we do behind an alter ego; is an impersonator, a projection, a masquerader and – again like us – an absurdity. Hence, for me, the ideal figure to represent my conception of this strange world that we strange people live in.

Even though the arrangement of my performance is set in an art(ifical) context, I try to give it a ‘real’ karaoke character. But at the same time, I try to reanimate the real-live performance from over thirty years ago, without actually having any further background information, apart from this badly resolved YouTube-video. However, there are subtle irritations which prompt the viewer to an awareness of deceptive appearances.

This is intended, for example, at the end of the piece, when I go beyond traditional karaoke by imitating not only the song, but also the comments Wyatt made to the invisible audience in 1975. …